As conference manager of a Model United Nations conference, I’ve been using PDFpenPro by Smile Software on Mac to create interactive PDF forms. After using it for a month, I have come to conclude that this software is aboslutely unusable, at least for making PDF forms. Apple’s Preview is better for filling out PDF forms, viewing PDFs, moving elements, highlighting text, and appending pages. Resizing, moving, and aligning elements in PDFpenPro is a painstaking and horrendous process. PDFpenPro is extremely glitchy, lags (even on my 2.6 GHz quad-core Intel i7), and lacks fundamental features.

Reasons why PDFpenPro is terrible: 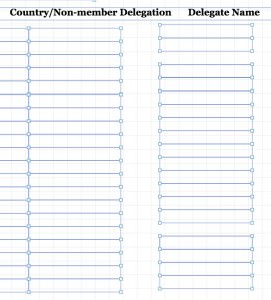 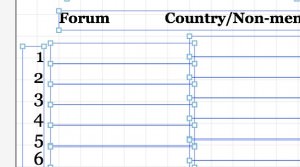 The so-called “snap to grid” feature. 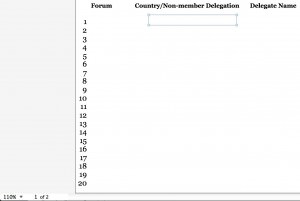 There’s about 60 text boxes in this picture. Can you spot them? No, you can’t.

Grid: “I’m going to become darker for no apparent reason!” 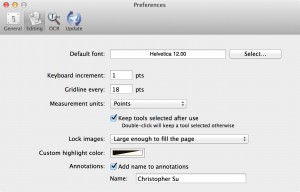 Where is the option to show dotted borders or some indication of invisible or borderless elements?

PDFpenPro is currently being sold on the Mac App Store for $100 and has a rating of 3.5 stars. In my opinion, it isn’t even close to worth it. The reviews on the App Store are quite split: mostly 5 star and 1 star reviews. I’m guessing that the reviewers who rated it 5 stars are only using it to highlight or proof PDF documents, not to create them. SunLakePro writes that he uses it to “assemble multiple pages into a single PDF” (a fairly simple and fundamental feature, can be easily done in Apple’s Preview) and that PDFpenPro is “often frustrating” and “it often crashes and I [lose] my work”. Many reviewers write about losing their work. Todd Michaels sums it up pretty well with: “DO NOT BUY THIS”.