Apply these tweaks by running the corresponding commands in Terminal (found at /Applications/Utilities/Terminal.app).

I hide my dock to maximize the usable area of my screen. By default, there’s a short delay on the autoshowing dock animation. This removes the delay:

Show the Library Folder in Finder (Lion and later)

In Lion and Mountain Lion, the Library folder is hidden from view. This will make it appear in your home folder again:

Expanded Save Dialog Boxes by Default

Having to press the little triangle to navigate through your filesystem everytime you save something is annoying. This makes save dialogs expanded by default:

I like to keep all of my screenshots, and I like to keep them in a secure location. The easiest way I found to do this was to create an encrypted sparseimage, mount it, and then change the screenshot location to that volume:

Because I never delete my screenshots, I opted to take them in the JPG format, rather than in PNG as screenshots don’t have much transparency/alpha to them and there isn’t a need for higher quality. Run this through terminal to change the file format for screenshots to JPG:

Once again, killall SystemUIServer to apply changes. Other formats that work with this command are tiff and pdf.

Edit: Andy Lester points out in the comments that JPG screenshots are significantly lower in quality than those in the default PNG format. Specifically, he mentions problems with smearing between two colors where they meet and grey hazes around text.

Dashboard widgets are beginning to be replaced by web applications and menubar applications. Dashboard takes up system resources you could be using elsewhere.

Rather than creating an individual .gitignore file for each of your git projects to ignore .DS_Store files, you may simply ignore them globally using this:

Dim Icons of Hidden Applications in the Dock

This will have the dock indicate which applications you have hidden by dimming and making transparent icons in the dock:

This will hide all icons and items on your desktop. If you’re one of those people who prefers a clean desktop and uses Finder windows exclusively for file management, then give this a go:

Sync Files in Any Location with Dropbox

This uses symbolic linking (sort of like an alias or shortcut) to get Dropbox to sync folders and items that are not actually in your Dropbox folder.

Be sure to change the “you” to your username and the latter path if you chose a custom Dropbox folder location.

Edit: As Egypt Urnash points out in the comments, Dropbox will follow normal Mac aliases. There is no need to create symbolic links.

This will stop the little dialog windows that appear everytime an application crashes or you force quit an app:

Open /System/Library/CoreServices/Archive Utility.app, go to Preferences, and choose to delete archives after extracting or expanding them. 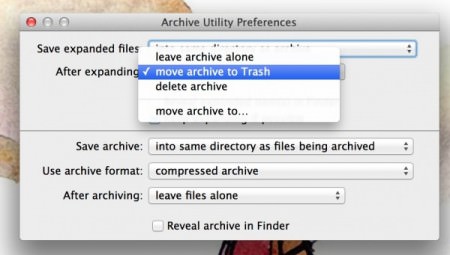 If you install new software often or mount disk images often, you can save some time by skipping the image verification process by running this:

The drop shadows of windows makes screenshots larger than they need to be. Run this to not include them in screenshots:

Reverting Back to Default

To undo most of these changes, replace “defaults write” with “defaults delete” to revert to the default setting. Alternatively, simply replace “true” with “false”, “0″ with “1″, or “yes” with “no” and vice versa.